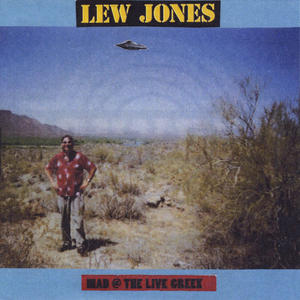 Mad At the Live Greek

A live recording of stellar sound quality. Lew Jones up close and intimate singing a multitude of his songs and various styles. The Mad Greek in Portland is a main stay gig for Lew. Recorded and edited by Josh Ellyson of Living Room Records. Mastered at Fresh Tracks by Jon Lindahl. Originally on the label ItsAboutMusic.com (Pennsylvania) it is now distributed by CDBaby. While on ItsAboutMusic the CD enjoyed great reviews and internet airplay. The hits were Today is Forever, Stack the Deck Blues and A Dream Within a Dream. Living Room Records also produced 'American Folkie' -another live project which many people around the world heard thru airplay/ Poetman Records aka Rainbow Sampler. ( a compilation to over 1000 radio stations worldwide)

Josh Ellyson was the logical choice for Mad at the Live Greek. It was recorded on a cold Saturday in January at the Mad Greek in the Beaverton Rock Creek area. It reemerged while going through archives sounding as fresh and current today as it did then. Enjoy the acoustic

播放列表
Update Required To play the media you will need to either update your browser to a recent version or update your Flash plugin.